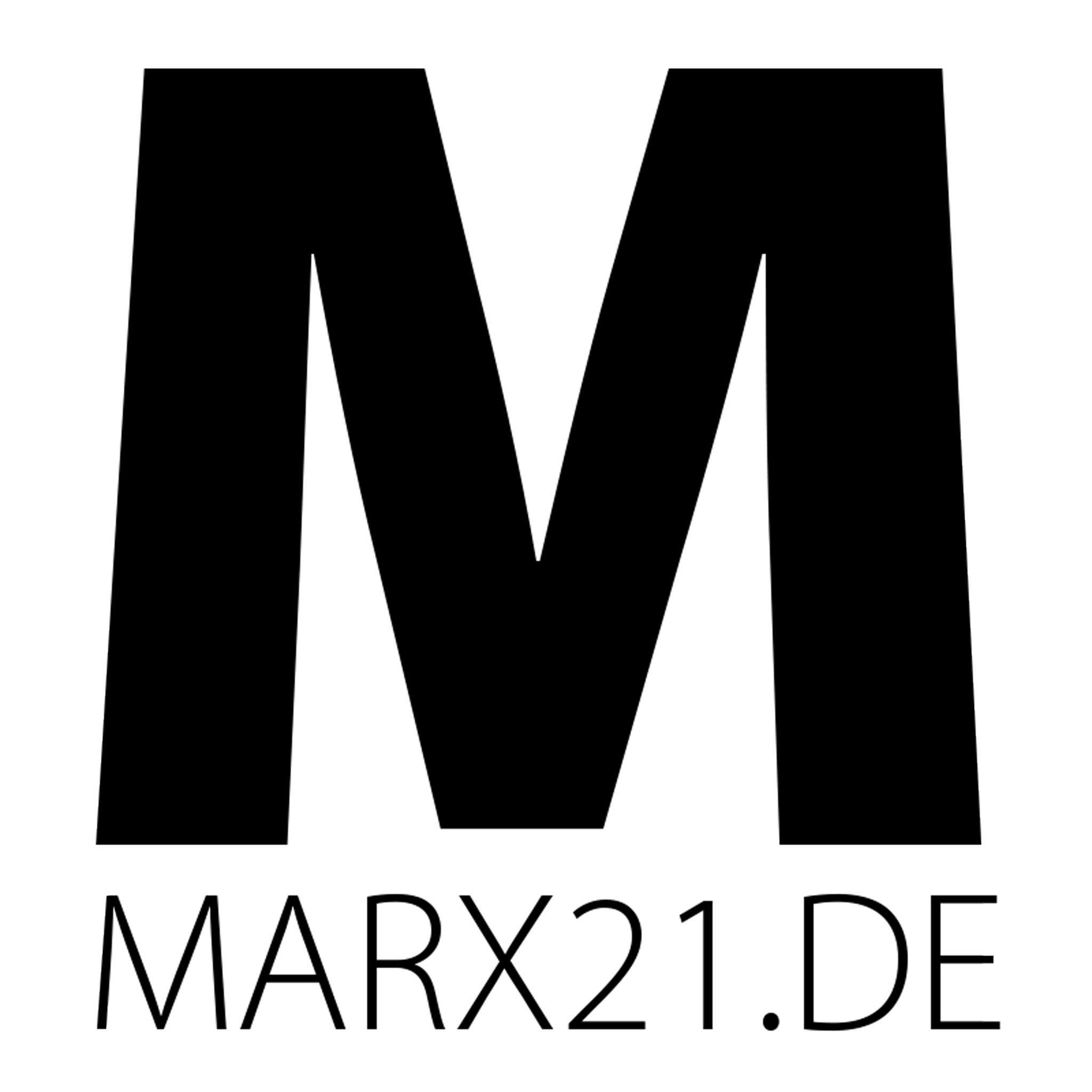 Corona and refugee camps: »A catastrophe is happening here«

Marllow Kordi* is an activist and journalist from Iranian Kurdistan. He currently lives in a quarantine refugee camp in Magdeburg. Ava Matheis spoke to him about life in German refugee camps during the COVID-19 pandemic, racism in the state authorities’ and camp managements’ responses and resistance.

The German version of the article can be found here.

Marx21: Hi Marllow, thanks for talking to us. Up until very recently, you’ve been living in the Federal State Reception Centre in Halberstadt. Can you tell us about the camp – how many people live there, how is the camp organised?

The camp has three main buildings and many containers. In each building, there are around 200 people living. Each building has four floors. On each floor there are two toilets, two bathrooms and a kitchen. That’s shared by around 50 people on each floor. Building A is for singles, building B and C is for families, women and children. A room is shared by up to four to five people. There is an area for playing and a cafeteria. In the entrance area there are security guards checking everyone coming in and going out.

In mid-March, all over Germany regulations were put in place to halt public life in order to contain the spread of Coronavirus. How did that effect life in the camp?

About five weeks ago, one morning we woke up and we saw a lot of police outside the camp. It was riot police, I think. They were setting up fences around the camp. In different languages they said: “You are under quarantine.” The next day, they separated the buildings and containers from each other, and no one was allowed to enter or leave the camp. But there was one exception: The camp staff and security personnel were allowed to leave and enter. The quarantine was put in place just for the refugees. If the refugees need something, they can order it with the social workers or the security staff and they would bring it from outside. Police was positioned outside the camp, security staff walked around to ensure no one was leaving the camp.

The day, quarantine was started, they announced that a person was tested positive for Corona. Every day, from the beginning of the quarantine, we were tested twice a day – but just our temperature. The last four weeks, our noses and mouths were tested. After that, a new regulation said that we had to be tested every other day. My last test result was positive, so I got transferred to a camp in Magdeburg with my roommate and another 50 people. Single, families, children.

How did the daily routine in the camp change under quarantine?

Before the quarantine we had our meals in the cafeteria. With the quarantine, camp management set up points outside the buildings to distribute food one by one. To receive the food, we had to stand in line. Sometimes, people wouldn’t pay attention to keeping distance. In this way, we received breakfast and lunch. To get our pocket money we had to queue again. After 14 days, the fences that separated the buildings were lifted. The fences around the camp was still kept in place. Quarantine, however, still went on. They extended it for 14 days, and now, as far as I know, it will be kept in place until May 3rd.

How did people cope with this situation?

At first, they didn’t know what was happening. They were perplexed and confused. After a few days, more and more people got infected. People got more stressed and frightened. Food supplies weren’t sufficient. People kept cooking, but after a few days they ran out of food supplies.

On the other hand, they were frightened because of the virus, of being infected. That is why people started to demand that people who are not infected need to be transferred. One week into quarantine, people protested against the camp management’s handling of the situation and around 100 people started a hunger strike. When they received food, they’d put it aside and did not eat it. It was directed to the management and also politicians. One of the main demands was: Transfer the people who are not infected yet to a safer place! A catastrophe is happening here. Everyone is in danger, and I think, most of the people here will be infected.

In April, reports about security personnel violently attacking people living in the camp were released. Can you tell us about the incident?

They were in building B, I was in building A, so I wasn’t there. But from what I heard, a conflict broke out between the refugees and the security staff. Two security guards hit refugees, a pregnant woman was also hit.

The most important thing is: The protest itself was peaceful. Most of us here escaped from war, cruelty and dictatorship. We don’t want to repeat and see that again, they don’t want to achieve their demands violently. They did it peacefully, with respect to everybody. They said: Here, we are in a democracy and you have to pay attention to us as well. We know that at the moment there is kind of an exceptional situation. But people have to pay attention to our situation. The refugees in the camps cannot be ignored. They have to be taken care of, just like German people in Deutschland or people in other countries.

How did camp management react to the hunger strike and the protests?

It took around 3-4 days, and then the camp management invited the hunger strikers to talk. The talk didn’t bring up any results. They just promised things, but nothing was realized. Few days later, they had another meeting. After that meeting, they brought in hygienic supplies, like masks and soap. But actually, these weren’t provided by the camp management, but by non-governmental organizations from outside the camp. Food was brought as well. Pregnant women and some sick people were transferred to other camps. That’s it.

You said, you are not in Halberstadt anymore. Where are you and why were you transferred?

Three days, my roommate and I got transferred to another camp, to Magdeburg. I think it is in “Breitenstraße”, I’m not sure. Day after day, the number of infected people increased. In the beginning, it was 6 people, then 10, … Three days ago, 60 people were transferred to other camps. To Magdeburg and other camps. They just told me: “You have to be transferred, because you are positive.” No more information.

Are you receiving any medical treatment?

When we arrived, the social workers told us that we had to stay here for two weeks. After that, we’ll get tested and then transferred to other camps, I don’t know. From the beginning of the transfer, I haven’t seen a doctor. They give us fruits and food. No medicine, nothing else. I don’t know if that’s how it is supposed to be. I don’t know a lot about Corona, and I don’t want to know too much. It makes me feel stressed and I don’t want to be under even more stress. They told us that in a few days we’ll be tested and a doctor will see us, but that hasn’t happened yet.

How is the sanitary and hygienic situation in the quarantine camp in Magdeburg?

The camp here in Magdeburg is made up of small houses with three to four people in one room each. In my room, we’re two people. Here, we have a public toilet, public bathrooms, without any sanitary products. I was given a mask when I arrived, after three days I was given a new one. I asked one of the social workers if we needed treatment, he told me: “You don’t need any medicine, Corona is this kind of illness where you have to get better by waiting.” So, we have to stay here, and I don’t know whether we’ll be okay or not. Also, here, police and security personnel are positioned around the camp. No one can leave. They wear special anti-virus uniforms and disinfectant gloves and masks. But the ones that are infected, they don’t have all of this.

It’s a crisis and it’s spreading all over the world. As refugees here, we’re much more in danger. We have to live in camps with so many other people. In Halberstadt, there were about 900 people. Now, with the quarantine, it’s around 600 people. We’re just not able to keep distance from each other. It is dangerous and threatening. And not only to the refugees: It can also spread from here. Everybody is affected by the lockdown at the moment. But the difference is: Other people live in their houses. They have their private homes. For us it’s different. Here, there are so many rooms, close to each other. Door to door. Unintentionally, people here touch each other. This also puts a lot of mental stress on us. Everyone globally is at risk because of Corona. But here in the camps, we’re living with a much higher risk.

What do you expect from the German Left?

Our main expectation from leftist parties and groups in general is: Be our voice, protect us. Make the government and administration listen to our voice, to support the people here in different camps. Most importantly, they have to do something to shut down all camps. We need safe housing. We also need to be able to keep our distance. The isolation of refugees from the rest of society in camps has to stop. Otherwise, stress and desperation will fill us up.

Thank you for the conversation.